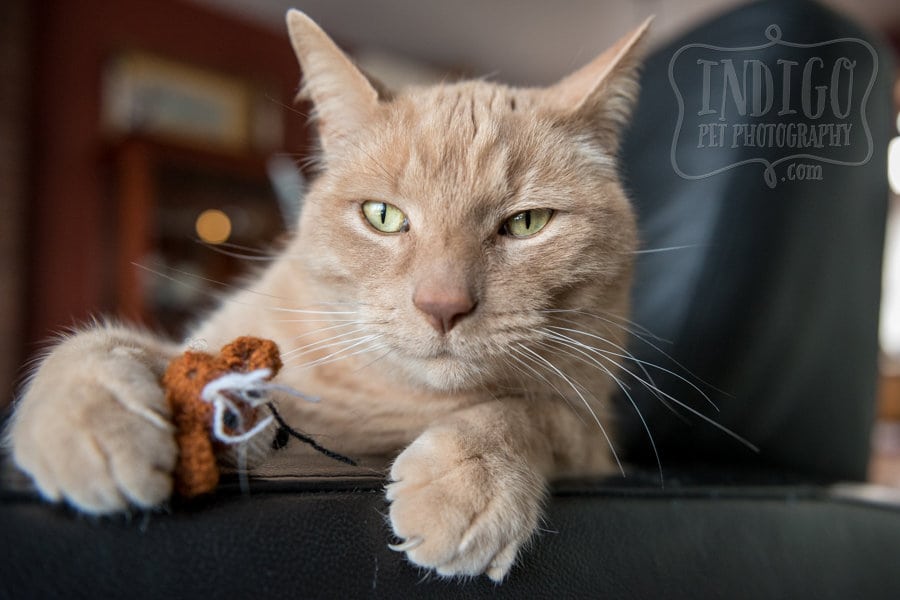 It was a chilly Valentine’s weekend, this past weekend. One that held unexpected sadness for me. Early on Saturday morning I could see that my mountain lion of a cat Gus was definitely not feeling well. Since my vets at Grimsby Animal Hospital are open until noon on Saturdays, I quickly called to see if they could squeeze him in. They did and we went. From there we were referred to the Emergency Clinic for further more treatment because of the long weekend. The day was long and difficult and in the end I had to make the agonizingly tough call to send my handsome boy across the Rainbow Bridge. Saying good-bye to our pets is just so flaming hard.

We’ve been through a lot over the years, Gus and I. Both of his hips had to be removed when he was just a year old due to a degenerative disorder. Not long after that he had a urinary blockage that also nearly took his life. By age two he had used about seven of his nine lives.

He was a very unusual character, this crazy cat, who had transitioned from the name Augustus Caesar to Cat Bastard by this time. He had “petting aggression” and was insanely sensitive to touch. No matter how much he wanted you to pet him, he couldn’t take more than a few loving strokes before he would lash out tooth and nail.

He was a text book curious cat and I would always find him “in” something. He was also very attached to Samantha, my Jack Russell. When he wasn’t trying to get close to her (she was rather indifferent) he adored looking out the window so I created a perch for him higher up in my office from which he loved to watch the world go by. Every morning when I made a cappuccino and started to froth the milk, he would stroll into the kitchen vocally demanding his tiny dish of foam. Sometimes he would drink directly from the dish, sometimes I had to coax him with foam on my finger for him to lick off. I think it was to remind me that I was indeed his servant.

He loved to chase after treats and tag along on walks through the vineyard. We frequently had long conversations in “cat”. Gus brought me many revolting presents – I rescued no fewer than five chipmunks from him over the years – other creatures didn’t fare so well. He also had an interesting relationship with water. He demanded that I keep a water glass for him on the bathroom floor and turn the hose on for him – he would hang out poolside at the doggie pool on hot summer days, casually lapping and staring at his reflection. And when he got wet after skulking about outside, he loved nothing more than a good towelling off. It was the one way he could accept affection that didn’t seem to agitate him.

As I reread this post I think I probably sound a bit kooky… but at the risk of being committed, I’ll continue. On Sunday, amidst many tears I started to put together a tribute to this majestic and quirky feline that had been my companion for the last nine years. I trolled through my image banks and found a treasure trove of snap shots over the years. None of them are good enough quality to reproduce, but they remind me of some funny moments and they’ll enhance my memories. However, the portraits that I captured of him over that last few years as a pet photographer are the ones that I am most fond of. Those are the ones that truly show what a handsome and distinctive beast he was. They are the ones that I will use to create wall art. I only wish I had more, because I will never tire of looking at him. I didn’t know our time together was so short. Run wild, pain-free and “whole” again kitten…give my love to our Sammy. Heartbroken that you have left me so soon. xo

I want to everyone at Grimsby Animal Hospital for their support and kindness over the years with Gus. Without them he would have crossed the bridge many years ago, because of them he lived a very full and happy life. My heartfelt thanks to Dr. Kim and the staff at Niagara Veterinary Emergency  Clinic for their compassion and understanding on Saturday. And finally thank you to good friends Carole and Mike who helped me say goodbye to my boy with a room full of love. 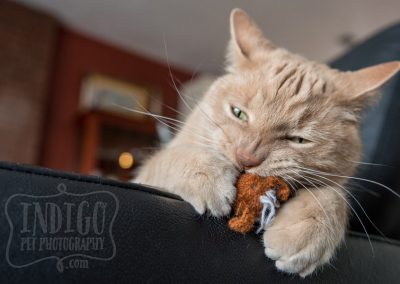 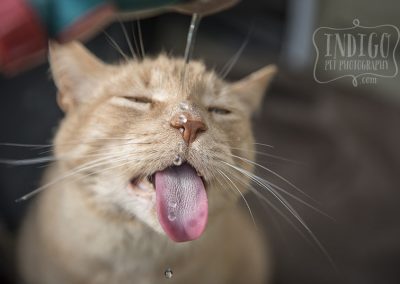 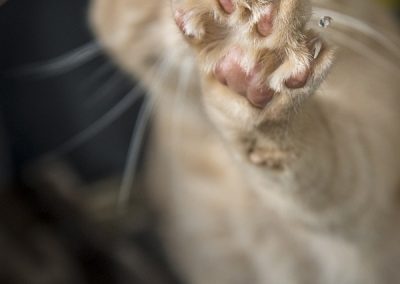 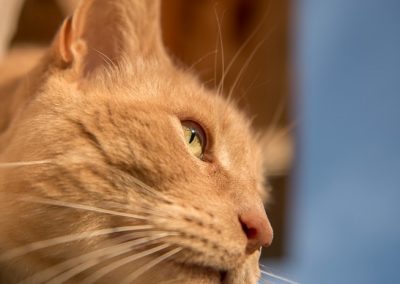 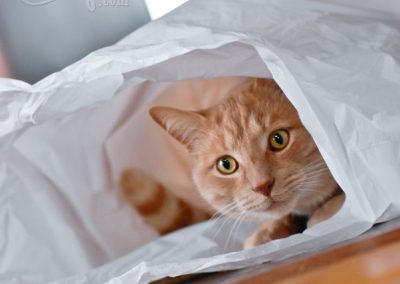 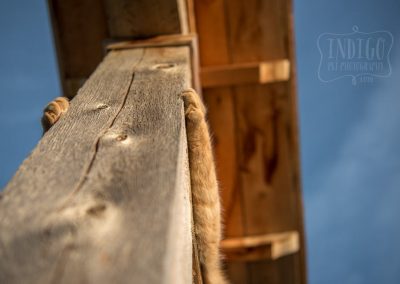 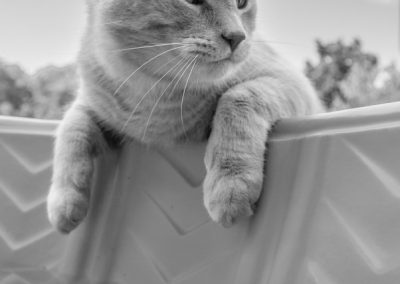 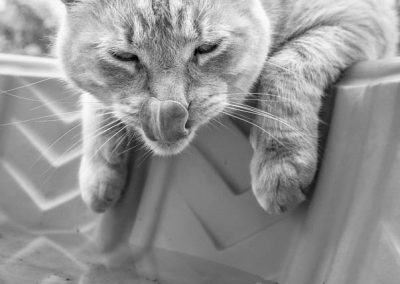 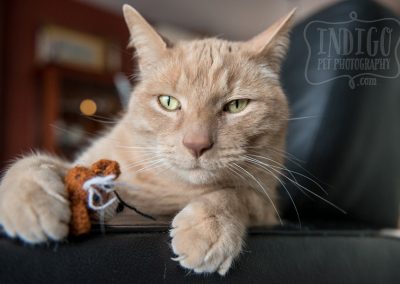 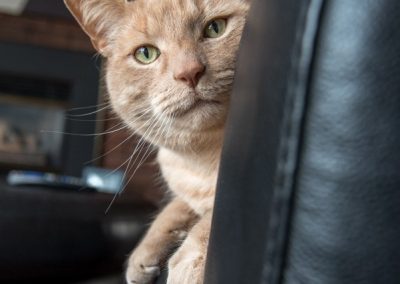