by karen | Self improvement, Travels 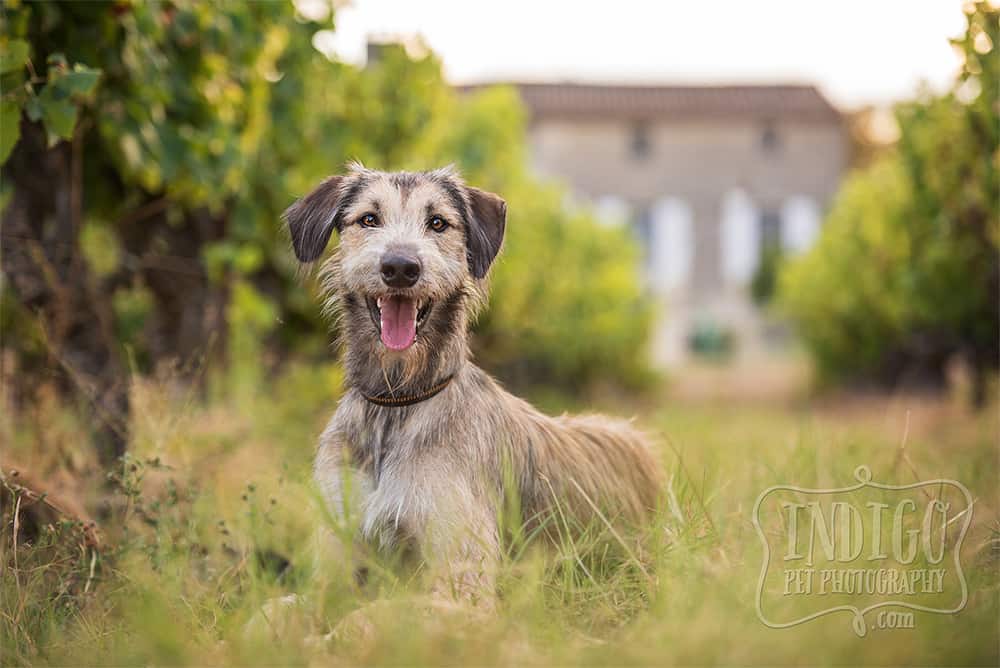 Last weekend was Thanksgiving and I spent a fair amount of time reflecting on how fortunate I am. So grateful to not have to contend with floods, fires, food and water shortages and evacuation. Blessed to have my family and friends around me for love and encouragement. Over the moon to have the support of the local wineries with the Winery Dogs of Ontario Calendar. And frankly, insanely fortunate to have the opportunity to attend Barkjour last month in France.

Back in August, I made a split second decision to invest heavily in myself and my future. I applied for and was accepted to join Barkjour, a pet photography retreat taking place the first week of September in France – billed as an out-of-this-world experience. Goosebumps!

After a flurry of activity to prepare, on September 3rd I left Toronto and my comfort zone. I boarded my flight to Marseilles and was off to my adventure in the south of France. Destination… Chateau St. Maximin, a 12th century chateau on the outskirts of Uzès in The Languedoc region. Our very own chateau. Yeah, I did just say that 🙂

Long delays and many hours later, I landed in Marseilles. I’d made arrangements to connect with Mareike, from Germany, at the airport and catch the train with her to Nîmes. I was SO relieved that she waited for my flight because my brain was numb and the whole train situation was more than a little confusing. Conquering it together made it at least enjoyable. Eventually we got to the train station and finally we were on our way. Most importantly though, we managed to find ourselves in a compartment with our first “chien” of the adventure. Paco was clearly a seasoned train traveller and was eager to show us the ropes. Mareike wasted no time in chatting him up. Things were quickly going to les chiens. 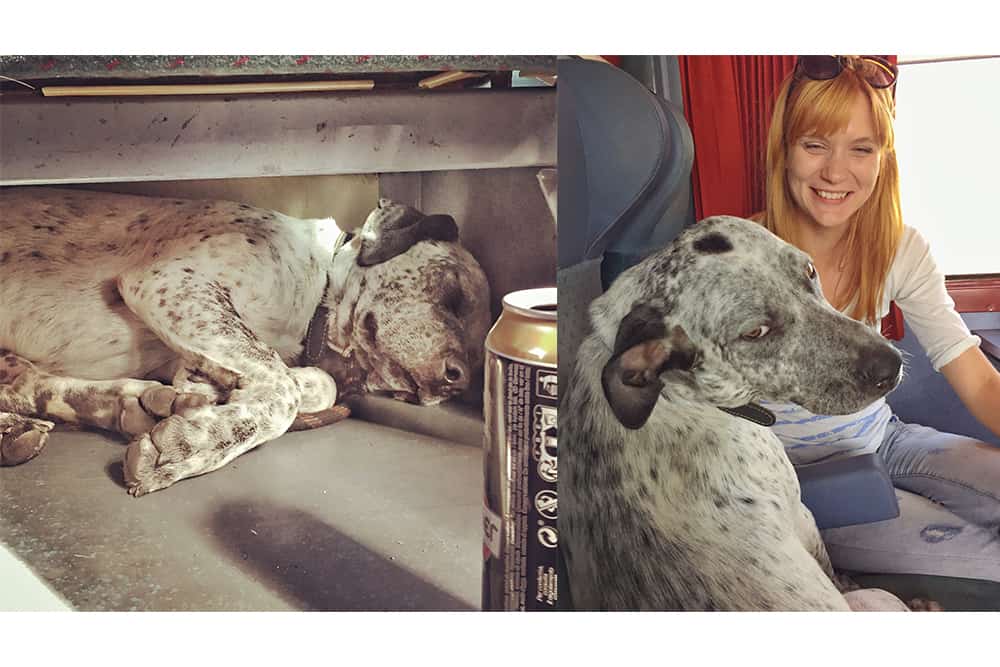 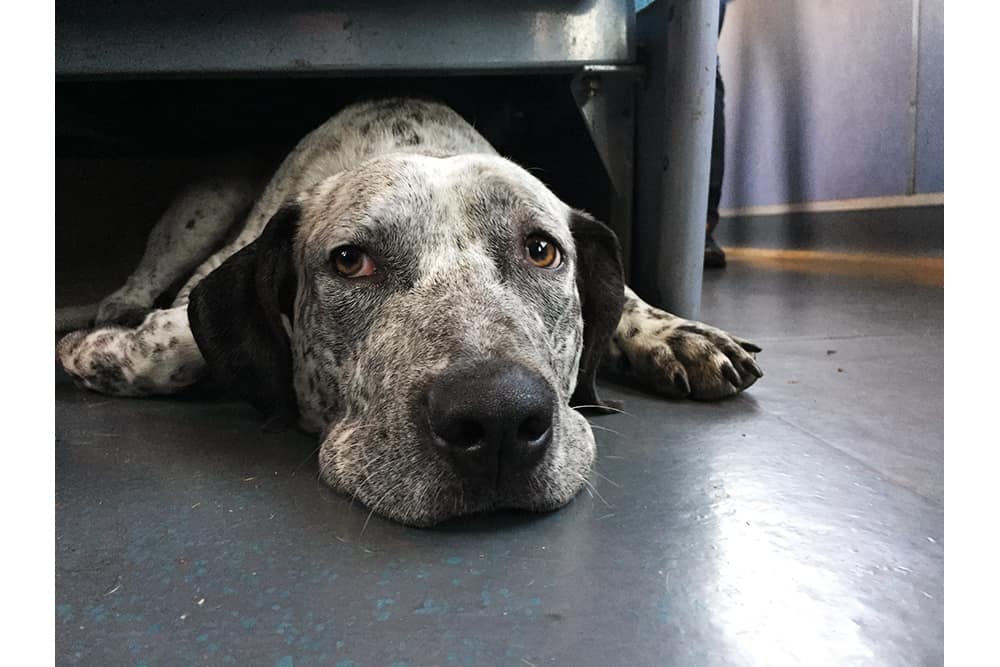 When we arrived in Nîmes, we connected via a flurry of facebook messages with Bridget and Luke from the UK. Luke had rented a car and we all chipped in for the trip to the chateau. We made a quick stop for wine on the way (as one does) and in short order were pulling in through the massive iron gates to our paradise, Chateau St. Maximin.

There was such an exciting wealth of talent and personalities on this adventure that it was a little overwhelming at the start! The first night was spent getting to know each other, exploring the the chateau, and sipping wine. Of course, the evening would not have been complete without an impromptu sunset session on the rooftop with Poppy, more on Princess Poppy in a coming blog. 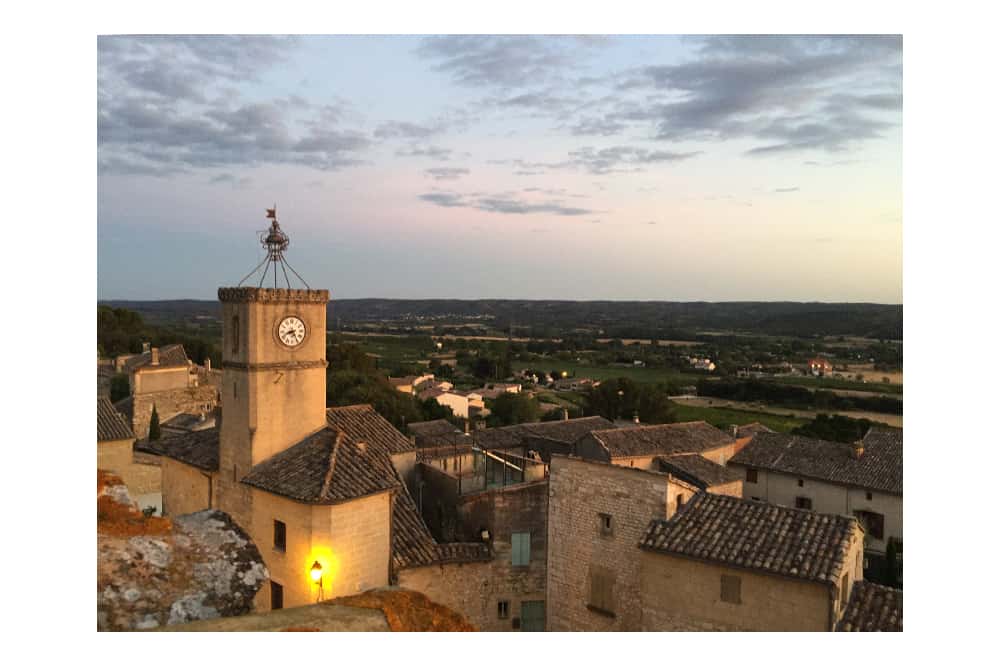 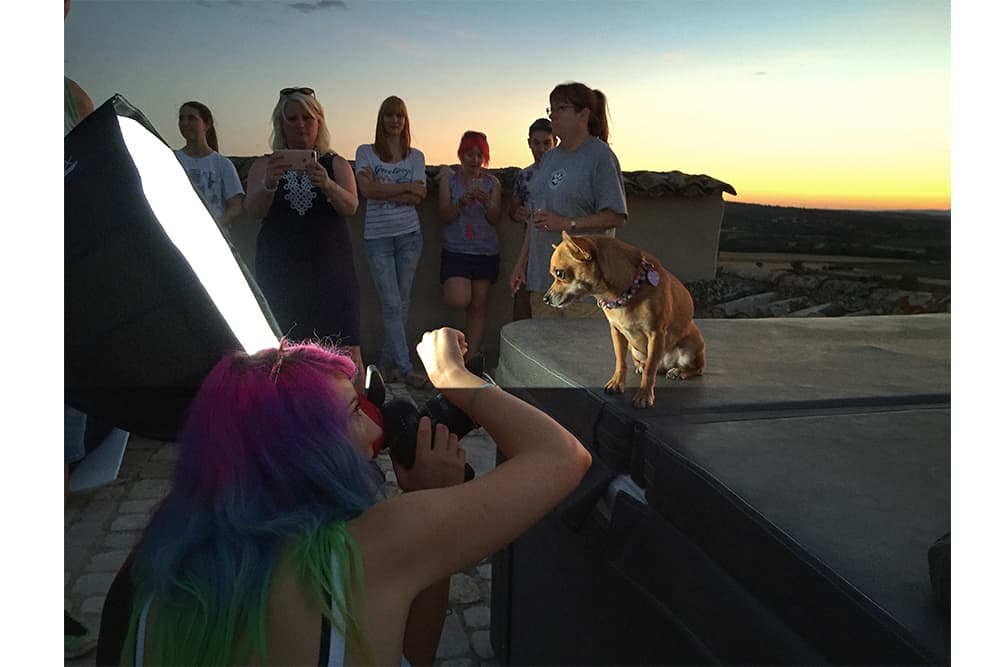 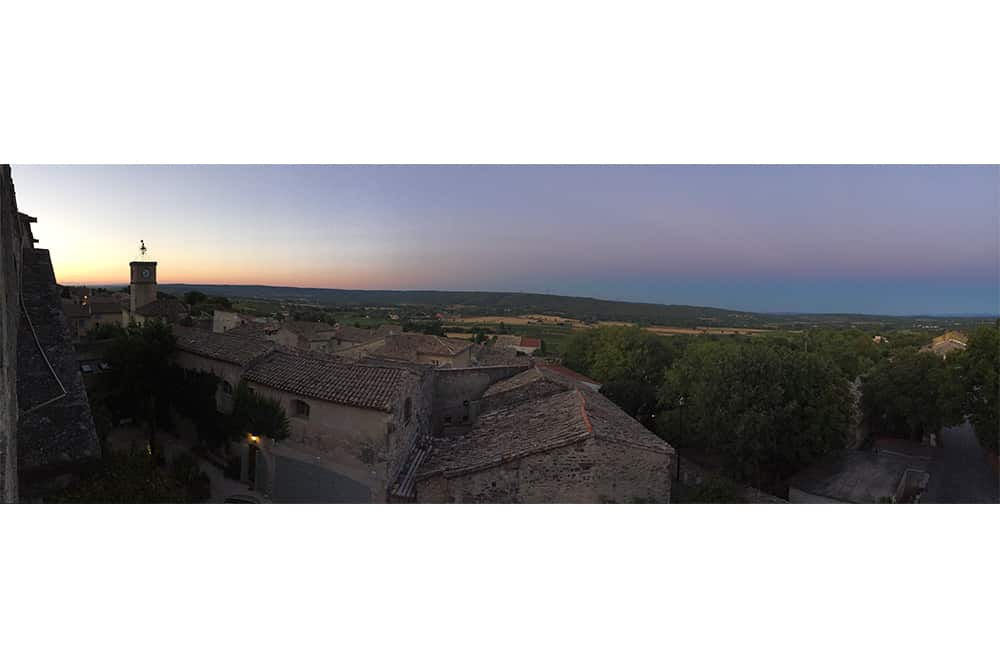 Let the games begin: Day one

Up early and downstairs by 7:30 for what can only be described as a breakFEAST. I can’t go into it because just the thought of the French yogurt make me deliriously hungry. After breakfast we hunkered down to an intense day of learning – Nicole Begley, Charlotte Reeves and Kaylee Greer put us through the paces for hours (although we did break for a spectacular lunch!). At 5:30 pm we packed up and piled into cars to head to Domaine Malaïgue for our first photo session. Living here in Niagara I offer exclusive vineyard sessions to my clients, but oh la la, to shoot in a French vineyard? C’est fantastique.

We had a wonderful range of dogs to photograph, from Bell the stately Dogue de Bordeaux to little Ricky and his lanky and scruffy buddy, John Boy. Ricky had clearly had a rough go of it in his short life, but his adoptive family shower with love to make up for lost time and John Boy watches over him.

Looping the Shetland Sheepdog performed brilliantly through the vines, occasionally leaping over of the wall of bodies lying in his way – cameras firing like machine gun bursts. And handsome Erik, at first I thought Erik was a husky corgi mix, but no, he’s actually a Swedish Vallhund! Erik just looked plain adorable everywhere he went and was as easy going as you please.

After a dirty and dusty evening of shooting we raced back to the chateau, cleaned ourselves up and were treated to a truly mouthwatering dinner – the star being salt crusted leg of lamb, prepared by Chef Theo (yes, we had our own awesome chef too, drool!). After that and a “wee” glass of wine, I pretty much fell into bed and a deep and satisfied coma.

Stay tuned for Part 2: Where we invade the hilltop town of Castillon du Gard, plus our afternoon off – horseback riding in the Carmargue!

Read the lead-up to the Barkjour blog here › 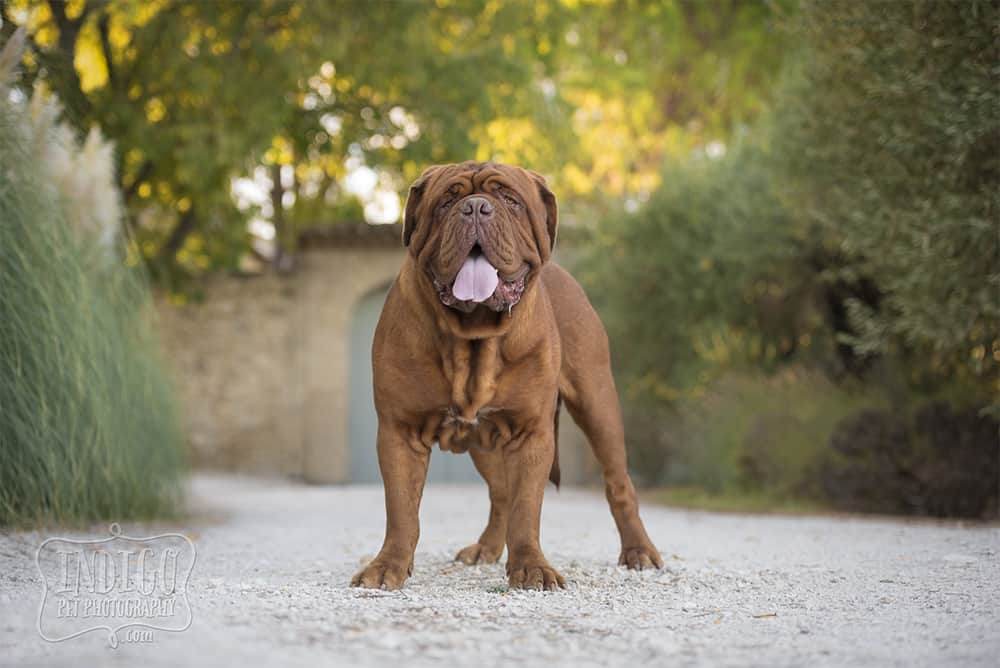 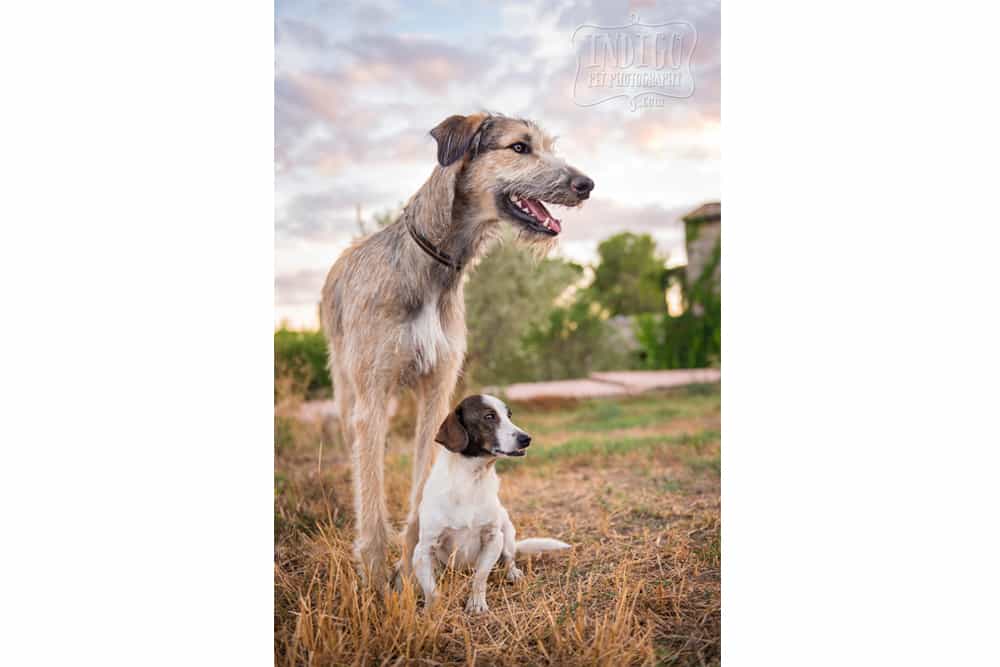 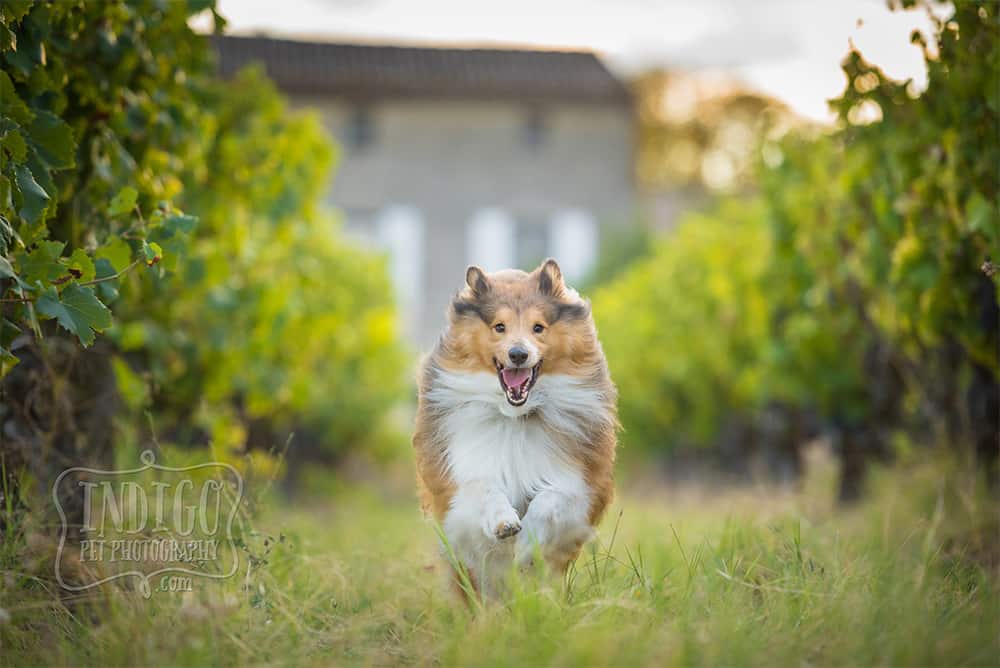 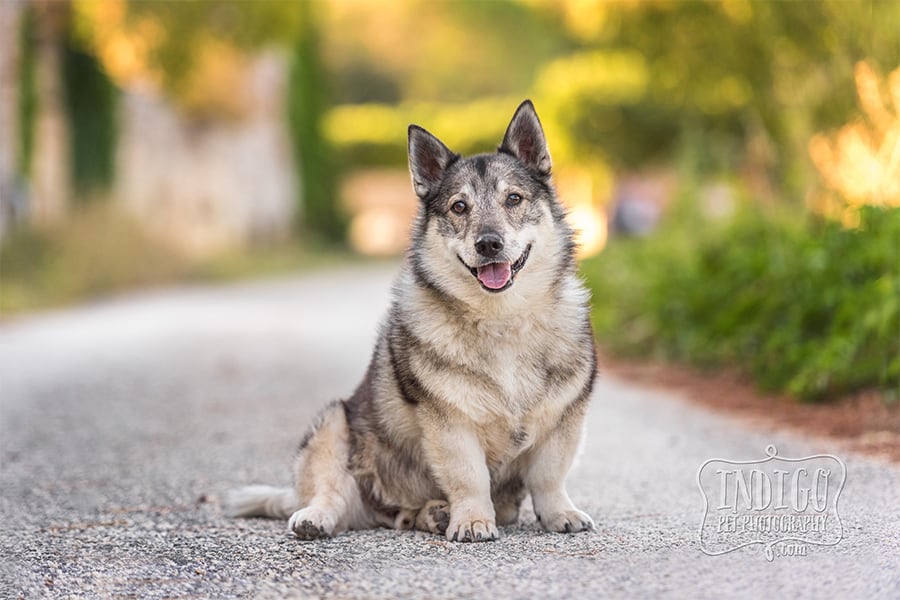 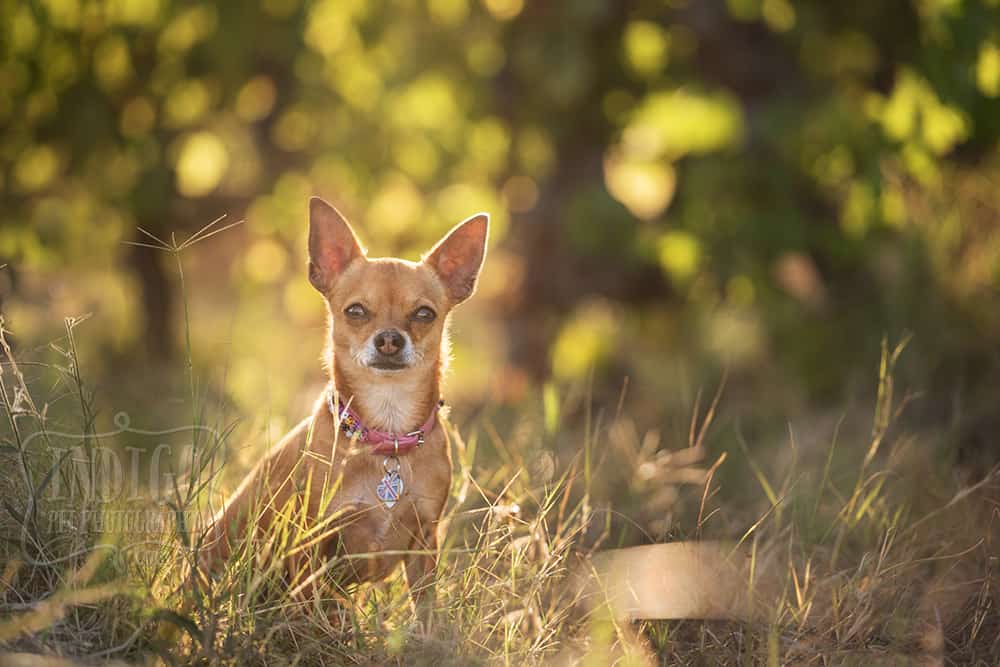